Sherman, Fire Up the WABAC Machine! 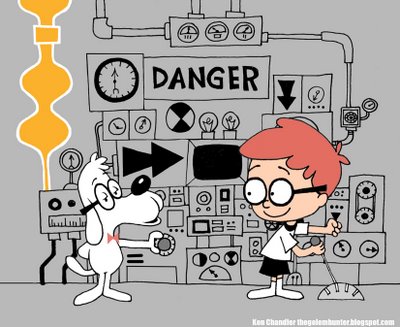 I grew up glued to the TV as a child, at least my Mother thought so. But compared to today's yutes and their media exposure I led a sheltered life on an Amish scale. Anyway, I have a knack for the obscure television reference (Really? We never knew...) but I was surprised at just how few of these 1960's "One Season Wonders" I remembered. Good Lord man, there were only 3 networks! How hard could it be?

I'm probably confused because some of the clips are in color and I never watched a color TV until 1973.

Gidget is a no-brainer, My Mother the Car is a reach and Captain Nice is the proverbial long shot. But I was actually a fan of these shows and surprised to find out they only lasted 1 season. Seemed longer to me, but back then a year was an eternity. The rest... neva heard of 'em. 2 outa 17 ain't so good.

I did do better at the 70's Lightning Round with 4 out of 9. CPO Sharkey is another no-brainer, it's Rickles fer cryin' out loud! Roll Out is totally obscure and The Bob Crane Show was just an excuse to have a bunch of college age actresses hanging around the set to take "shmile" pics with Bob in his dressing room between takes. But we didn't learn about that until later. Still, I remember all of them. The shows, not the shmile pics.


When Things Were Rotten was pure Mel Brooks genius and as much as I don't care for Dick Gautier he was perfect for the role and had an excellent supporting cast. POP QUIZ: What was Misty Rowe's claim to fame? NO Googling!

Unfortunately, Mel Brooks wit and 1970's TV Standards & Practices departments didn't mix well even though he was hired to recreate his success with Young Frankenstein and Blazing Saddles on the small screen. By the time the network censors were finished with the scripts the funny had been sucked clean from their marrow and the series was series was doomed. It was worse than watching Blazing Saddles on TBS. Mel stuck with the idea and finally morphed it into Robin Hood: Men In Tights. While not the most successful film in his repertoire, it made Mel millions. ABC... not so much.
Posted by RPM at 7:42 AM