Merry Christmas everyone!
Posted by RPM at 12:29 PM No comments: Links to this post

Take a deep breath. It's only a game.


Posted by RPM at 7:43 AM No comments: Links to this post

Blatantly stolen from the King of MS Paint.

Posted by RPM at 11:24 AM No comments: Links to this post

And they're better than they ever were! Rejoice Top Gear fans. The Grand Tour is Clarkson, Hammond and May unbridled.

There's a new set, a new driver "The American" and a new track with an unexploded WWII bomb underneath. But it's still "The Lads". If you liked TG you're gonna love GT. See what they did there?

If you have an Amazon Prime account you can watch The Grand Tour. Episodes release every Friday. I like that. Otherwise I would binge the whole thing in a day then have the sads until next year.
Posted by RPM at 10:51 AM No comments: Links to this post

The day has come

Lord help us all. Whoever wins, we lose.
Posted by RPM at 1:52 PM 2 comments: Links to this post


But can it get from Atlanta to Texarkana and back in 28 hours?
Posted by RPM at 9:21 AM 3 comments: Links to this post

If your car has a sunroof, make sure said sunroof is closed when there are thunderstorms in the forecast. Some dumbass who shall remain nameless left their's open in the rear vent position at work last night.

Now who would be stupid enough to do that?
Posted by RPM at 8:35 AM 1 comment: Links to this post

Posted by RPM at 5:29 AM No comments: Links to this post

This guy needs an attitude adjustment. He almost hits not one but two Northwest ISD buses on 114.
Posted by RPM at 12:23 PM No comments: Links to this post

I have an online friend that lives in Bermuda. Here's what he had to say about Nichole.

We have two apartments below the house.  On one side we have had flooding because the leaves and stuff block a drain and it causes the flooding problem.  I went out in that thing 3 times to unblock that drain...we have guests arriving in a couple of days and could not have it flood out.
I got fed up with changing out of wet clothes so on the last time I just stripped down, through on a rain jacket and went.  My wife was watching from a window in the living room.  Three times I heard the roar of an oncoming gust and jumped up and ducked into the entranceway of the apartment, shoving myself as far into the corner and I could and bracing myself so I didn't get pushed over by the wind.  My wife said that the gusts totally whited out her view and when it cleared I was not there and she freaked out, thinking I had been blown away.
It would have been difficult for her to explain why I was naked and just had a raincoat on if it had been the case....lol
I didn't go out again after that, it was just too bad and I was worried trees were going to start flying around.  I am actually amazed so many didn't.

He also sent me a link to this video from Team Oracle.

Posted by RPM at 10:59 AM No comments: Links to this post

It's always best to wait for a big thunderstorm to change your wiper blades. You ever heard that one? Yeah, neither have I. But that's exactly what I did. I do not recommend you follow my example.

Driving home from work with the storm dumping buckets of rain and 18 wheelers kicking up a spray worthy of Niagara Falls I decided to swap blades ASAP if not sooner. I nearly ran off the road twice because I couldn't see Jack Schidt.

$40 and 2 Bosh Icon wiper blades later it was a whole new world. Talk about money well spent! I've always thought my car's windshield had been treated with Rain-X by the previous owner the way it smeared and streaked when I ran the wipers. The old blades looked perfectly fine so I naturally blamed the glass.

Turns out I'm not as bright as I thought. But I am just as cheap as I suspected.

Speaking of work, I've noticed a definite trend. The last half of my last shift of the week is when all Hell breaks loose. There is no skating through the shift and out the door on time. My daily report took me 3 hours to prepare versus the normal 30 minutes. The phone was ringing constantly, I was covered up with reports to file, email notifications to send and a coworker I don't particularly get along with but try to be the better person was bugging me about trivial BS. I outrank her, but you'd never know it by her attitude. Her constant interruptions really put me behind schedule and tried my patience. But I was the better person and didn't tell her to STFU and let me finish my work like I dearly wanted to.

She's lucky I'm the kinder, gentler RPM. Version 1.0 would have taken a completely different tact with her. But I digress...

It's that time of year again, The Red River Shootout! (I refuse to use any of the new PC names for Texas / OU Weekend)

As much as I hate to admit it, Longhorns coach Charlie Strong's job is on the line. Lose this game and it's absolute metaphysical certitude he's gone at the end of the season. A sound thrashing of the Land Thieves would go a long way to keeping the wolves at bay and Charles in charge.

Now isn't a good time to go coach shopping. The masses are calling for Tom Herman to take the Longhorns helm, but I don't think he's leaving Cougar High anytime soon. Not with the big fat contract he signed and the performance he's getting out of that team.

But, I could be (and frequently am) wrong. (See: windshield wipers)


Posted by RPM at 9:34 AM No comments: Links to this post

LOLITA - Wayne Neal has exited his rickety old body, having lived twice as long as he expected and way longer then he deserved. He passed on September 11, 2016, at 74 years old. He often wished in his later years that he had not treated his body like a Tavern.

Wayne never met a man he didn't want to Indian leg wrestle, or play mercy with. Mainly because he was an ornery ole bastard

He was a modest man who very seldom bragged about all of his treasures on Facebook. By the Way, who the hell taught him about Facebook?

He was considered the best concrete contractor in all of Texas, and if you ever doubted him, you could ask anyone that endured the hours of one more and we will call it a night at Wayne's Hurricane Bar.

Proceeded in death by his wife Carolyn (mainly because she had enough of his shenanigans), son Christopher Wayne Neal, mother Irene, father Harold, brother Jim, and sister Candy.

He had a passion for old cars, scotch, his construction company, scotch, travel, and oh yeah scotch. Did we mention scotch?

He will be missed by many and remembered by all who knew him.

Funeral service will be held on Saturday, September 17, 2016 at 2:00 p.m. in the Oaklawn Funeral Home Chapel in Edna. Burial to follow in the Lolita Cemetery in Lolita. Jim Munro will be officiating.

https://www.victoriaadvocate.com/obituaries/2016/sep/16/howard-neal/
Posted by RPM at 8:16 PM No comments: Links to this post

Posted by RPM at 1:49 PM No comments: Links to this post

The Off Season is Over!

Herrrrrrrrre's Charlie!
Posted by RPM at 2:09 PM No comments: Links to this post

In Case You Missed Fight Night 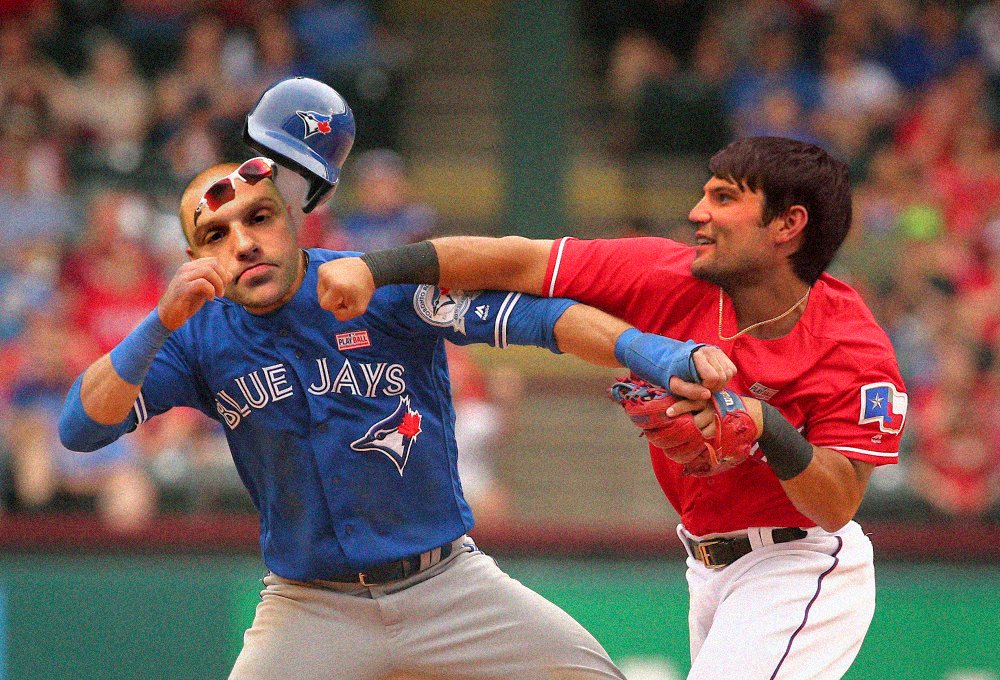 h/t Nick Pants
Jake kicked Mike in Duncanville's ass. Ticket fans will get this. The rest of you need to start listening.

Stay hard.
Posted by RPM at 8:24 AM No comments: Links to this post