An inspirational message from Coach Taylor

Posted by RPM at 2:47 PM No comments: Links to this post


Own a late model vehicle? You want to pay close attention to this story from Wired. Especially if it's a Chrysler product.

Here's a few interesting bits from the story:


I WAS DRIVING 70 mph on the edge of downtown St. Louis when the exploit began to take hold.
Though I hadn’t touched the dashboard, the vents in the Jeep Cherokee started blasting cold air at the maximum setting, chilling the sweat on my back through the in-seat climate control system. Next the radio switched to the local hip hop station and began blaring Skee-lo at full volume. I spun the control knob left and hit the power button, to no avail. Then the windshield wipers turned on, and wiper fluid blurred the glass.
As I tried to cope with all this, a picture of the two hackers performing these stunts appeared on the car’s digital display: Charlie Miller and Chris Valasek, wearing their trademark track suits. A nice touch, I thought.
The Jeep’s strange behavior wasn’t entirely unexpected. I’d come to St. Louis to be Miller and Valasek’s digital crash-test dummy, a willing subject on whom they could test the car-hacking research they’d been doing over the past year. The result of their work was a hacking technique—what the security industry calls a zero-day exploit—that can target Jeep Cherokees and give the attacker wireless control, via the Internet, to any of thousands of vehicles. Their code is an automaker’s nightmare: software that lets hackers send commands through the Jeep’s entertainment system to its dashboard functions, steering, brakes, and transmission, all from a laptop that may be across the country.
Miller and Valasek’s full arsenal includes functions that at lower speeds fully kill the engine, abruptly engage the brakes, or disable them altogether. The most disturbing maneuver came when they cut the Jeep’s brakes, leaving me frantically pumping the pedal as the 2-ton SUV slid uncontrollably into a ditch. The researchers say they’re working on perfecting their steering control—for now they can only hijack the wheel when the Jeep is in reverse. Their hack enables surveillance too: They can track a targeted Jeep’s GPS coordinates, measure its speed, and even drop pins on a map to trace its route.
Miller and Valasek say the attack on the entertainment system seems to work on any Chrysler vehicle with Uconnect from late 2013, all of 2014, and early 2015. They’ve only tested their full set of physical hacks, including ones targeting transmission and braking systems, on a Jeep Cherokee, though they believe that most of their attacks could be tweaked to work on any Chrysler vehicle with the vulnerable Uconnect head unit. They have yet to try remotely hacking into other makes and models of cars.
So Miller has a cheap Kyocera Android phone connected to his battered MacBook. He’s using the burner phone as a Wi-Fi hot spot, scouring for targets using its thin 3G bandwidth.
A set of GPS coordinates, along with a vehicle identification number, make, model, and IP address, appears on the laptop screen. It’s a Dodge Ram. Miller plugs its GPS coordinates into Google Maps to reveal that it’s cruising down a highway in Texarkana, Texas. He keeps scanning, and the next vehicle to appear on his screen is a Jeep Cherokee driving around a highway cloverleaf between San Diego and Anaheim, California. Then he locates a Dodge Durango, moving along a rural road somewhere in the Upper Peninsula of Michigan.

This is pretty spooky stuff when you realise everything with an IP address is vulnerable and everything that's connected to the internet has an IP address. What if North Korea hackers send out a full throttle/no brakes command? Millions of people could be killed or seriously injured instantly.

Posted by RPM at 6:44 PM No comments: Links to this post

Posted by RPM at 10:06 AM No comments: Links to this post

Just because it made me laugh

Posted by RPM at 12:03 PM No comments: Links to this post


Scary wreck at the finish of the Firecracker 400 at Daytona. Stunned to see Austin dillon walk away.

Posted by RPM at 2:34 AM No comments: Links to this post 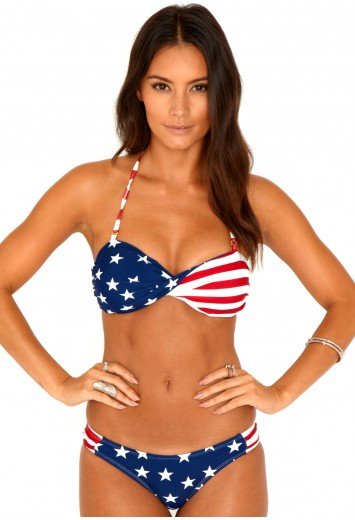