Sorry I've been even less posty than usual. Real life has decided to monopolize my entire day lately. I attempted to do more plowing and discovered the grease worms had attacked the plow and eaten the bearings. "Grease worms" is a euphemism used around machinery for lack of proper maintenance resulting in failed bearings.

It may not have totally been my fault, who knows how long they were bad... but the bottom line is I didn't check it or grease it before I started and they failed while I was using it. I break it, I fix it. Simple as that. I always return equipment and tools in as good or better condition than I received them. I expect the same in return. In this case I just plain screwed the pooch. But, I digress.

I headed to Bridgeport Auto. They saw a square center (implement axle) and pointed me toward Purvis Bearing or Tractor Supply. I started to go to Purvis first, but I forgot where they were located. They are super hard to find right on 380 next to Subway. Practically hidden I tell you. I walked in to Purvis and in less than 5 minutes they had me fixed up and heading out the door. Can't beat service like that with a stick. They also gave me sealed bearings and collars. No greasing required!

Next I headed to Tractor Supply to pick up some new discs for the plow. I was told they have to special order plow disks. WTF? You're TRACTOR SUPPLY. Maybe less toys/blue jeans and more tractor stuff, ya think? I called AgVantage and was told they don't even carry them. You farm stores need to get yo act together. Next stop McMaster Ford New Holland. They had a wide assortment of sizes and types in stock. I bought 4. It had 3 broken ones on one axle and this was the perfect time to replace them. The outside disk on the left front was worn pretty bad. It was a full inch smaller diameter than the rest but I figured I could swap one that still had some life left in it from the right axle I had to take completely apart and that would put 4 brand new in a row of 7. Again, better condition than I got it.

Now I'd never taken a tandem disc plow before, but let me pass this little nugget along to you it's about 100 times easier to take apart than put back together again. It's not complicated, but it does require a certain amount of muscle to manhandle heavy stuff in tight spaces and there's plenty of tight tolerances to deal with. Thank goodness I have air tools and an assortment of floor jacks. Unfortunately I had to use them outside on a limestone driveway instead of on a nice flat concrete floor, The plow is too wide for my shop door.

I got the bearing replaced and right rear axle re-installed in about an hour. I replaced the bearing and 4 discs on the right front but had mortal Hell trying to get it back in place. The thing weighs around 500 pounds and I was never a powerlifter. I managed to shred a fairly new pair of gloves on the sharp new scalloped disks trying to move the axle into position. There's a total of 9 (3 sets of 3) holes that have to be perfectly aligned to get the bolts in. I worked until it was pitch dark and managed to get 2 sets lined up before I cried calf rope. I'll finish up in the morning and take some pics to prove I actually did some honest to God physical labor, but I'm eager to see how it chews up the dirt now with new teef.
Posted by RPM at 12:43 AM 1 comment: Links to this post

Farrrrrrm livin' is the life for me!

Would this be considered a farmie?

Land spreadin' out so far and wide!

Keep Manhattan just give me that countryside!
Actually give me the batwings that go to this plow so I can do it in 1/3 of the time.

This has been a Filmways presentation, Darling!

Now I just need a hot Hungarian babe to make me some pancakes!

What a long strange, well mostly just long, trip it's been.

Had to make a fast trip to El Paso to help the daughter of an old friend move. Her husband is getting discharged at Ft. Bliss and they had to vacate base housing by today. The only enclosed trailer I could get my hands on was a flatnosed ragtop cattle trailer that pulled like a freaking parachute and kept my fuel milage in single digits. Rain like a cow on a flat rock from Mineral Wells to Midland on the way out there. Crunched my tailgate with the gooseneck pulling into the motel in El Paso. Thick fog the last 70 miles on the backroads home.

Oooh, look... Unemployment! a/k/a Midland rig stack. There's 20 or so rigs stacked in that yard. Sorry I didn't get a better pic, but you know, not killing people whilest running 85mph n stuff.

Smugly kicked back in my luxurious West El Paso motel room watching basic cable blissfully unaware I had just crunched my tailgate with the gooseneck as I pulled into the parking lot. That had to be where it happened. I was worried about bottoming out the trailer on the angle and was watching it instead of the gooseneck clearance.

RTB- Mission accomplished, Returning to base. Yes Virginia, there are mountains in Texas.

*Well not quite done. Now I have to run up to Phillips Salvage in Sunset and grab another tailgate.

Didn't notice anything until I was fueling up on the way back. Could probably get away with just a new plastic piece if I had to.

tl/dr: I helped a friend move. No good deed goes unpunished.
Posted by RPM at 4:14 PM No comments: Links to this post

The Oil Bust in a Nutshell

From some guys I know:


Have started compiling a a rather simplistic chronology of the current oil bust. Partially to satisfy my own curiosity and partially to have something to refer back to years down the line when we're hopefully discussing "remember how shitty things were in early 2015?"


Quicksilver Resources Inc and its U.S. units filed for Chapter 11 bankruptcy protection on Tuesday, adding to a list of oil and gas producers who have folded amid low oil prices.
The company listed assets of $1.21 billion and liabilities of $1.35 billion in its bankruptcy petition in a Delaware court.

Posted by RPM at 12:35 AM No comments: Links to this post

27.3 Bounce TV is still running Fat Albert and the Cosby Kids. Now like everyone else I grew up watching this cartoon and don't have a problem with the original content, but... serial rapist. In case you didn't follow my train of thought, let me break it down for you... serial rapist.
Posted by RPM at 6:09 AM 1 comment: Links to this post

Possibly the 2nd most politically incorrect sitcom ever, pretty sure Amos and Andy hold the record for #1, but undoubtedly one of the funniest. F Troop was a mid-level performer in the ratings for ABC for 2 seasons (65/66 one in B/W, the other in Color). The cast and writing was off the charts talented. Perhaps too talented for TV in 1966. Can you imagine Larry Storch working on HBO? Gold, Jerry... Gold! 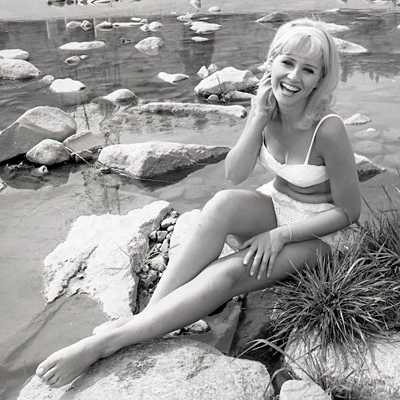 Of course the age difference was a deal breaker (for her) but in today's vernacular... wood plow. She is 13 years older than me so just about right for the "And Another" we see so often today (but so un often back in my day, damn  it!).

BON may be losing his neighbor

I have a feeling his neighbor's house is going on the market...


The deal is worth $15 million and includes $6 million in guaranteed money, Posted by RPM at 10:24 PM No comments: Links to this post

Testing a new layout for The South 40 that allows larger videos and photos. It should make for a more enjoyable, dynamic experience for you, the faithful South 40 reader. And everybody knows it's all about you.
Posted by RPM at 2:25 PM 4 comments: Links to this post

If he doesn't win an Emmy, there is no justice. Simply genius.

Posted by RPM at 2:04 PM No comments: Links to this post

It looks resounDEANly fabulous. Jesus wept!
Posted by RPM at 6:53 PM 2 comments: Links to this post