But instead you get the return of Bad Karaoke!
This bit is going to catch on sooner or later. Resistance is futile.

Eventually somebody will give in.

"Just shoot up here amongst us. One of us got to have some relief!"

Posted by RPM at 6:31 AM No comments: Links to this post

Cause He's The Taxman!

I had to write the dreaded checks top Mickey and Monte today. I know Wise County is a good God fearin' Republican stronghold and they are all about lower taxes and smaller government... But why did one of my valuations go up 200%?

Trust me NOTHING has gone up 200% around here. In fact, last year (The year I'm being taxed for) I made less than the year before on the property in question and will make less this year.

Makes me worried about what they will do to me next time around.

Is the Amazing Johnathan a WCAD appraiser?

Posted by RPM at 12:17 AM No comments: Links to this post

I felt like crap all day yesterday. I've been fighting a cold for the last few weeks, but yesterday it was really bad. I stayed in bed most of the day and tried to sleep it off. I finally got out of bed and tried to fly a bit in Aces High. That was a bust when my throttle suddenly decided to stop working.
As I sat there trying to diagnose the problem I started cramping in my gut, then it went full blown nausea. Next I started getting a hot flash from the Niaspan I take. Prefect timing. I'll spare you the rest of the gory details but the next few minutes (that felt like weeks) were not pretty and I'm fairly confident I was speaking some ancient language not heard in 1000's of years. Linda Blair would have been proud.
After the ordeal I crawled (yes crawled) to the bedroom and went back to bed. Somehow I survived the night without another round of  whatever the hell that was.
I still feel like crap, but at least I'm off work again today and the only words coming out of my mouth are English.
Posted by RPM at 10:42 AM 1 comment: Links to this post

How NOT To Extend Your Lifespan or Tales From The Farmside

I drove home from work a few nights ago and because it was so freaking cold I did the whole open/close the gate thing as quick as I could and my best NASCAR short track qualifying impersonation up the driveway. It was pitch dark when I got to the house and temporarily I can't use the circle drive so I have to back into my parking spot.

I was focused on getting my butt inside before it froze off because the wind was howling. I backed in and parked my 4 door Dodge Ram then hopped out and opened the back door to unload some groceries. This is where it

As I gathered my few sacks of chow out of the back seat,  I felt a sudden powerful punch to my kidneys. The blow caught me completely off guard and shoved me belly down into the seat. I thought this might be the final showdown. But with who was attacking me way out in the middle of The South 40? Me and Brick Top are square!

I went into full survival mode and used whatever I had available as a weapon.

I rebounded back with a rebel yell, right elbow and left haymaker complete with a sack full of canned goods as a chaser, but connected with nothing, Then as I spun around looking in the dim porch light I finally got a glimpse at my attacker, a hungry black angus heifer that had been hiding from the cold wind behind the house and snuck up behind me thinking I was going to feed her.

Her name is now RibEye and she's going to taste extra sweet next 4th of July.
Posted by RPM at 4:48 AM 2 comments: Links to this post

Tunnel Dwellers of New York
I just stumbled across this 2008 documentary on Sundance Channel and I'm stunned. People squatting in utility tunnels and other underground crawl spaces in New York City subways and sewers. One guy had a sweet little pad about the size of a small RV with free electric and heating. But he also had a piece of plywood camouflaged with trash over an open manhole as his only entrance/exit and everything that he owned had to fit thru that manhole.
I was impressed with the minifridge he dismantled to get in. He had really spruced up the place with paint and all the homey touches. But he was still living in a subway tunnel utility crawlspace with no running water, sewer or lock on the front manhole.

Mickey Hand would have still nailed him on the valuation.
Posted by RPM at 2:59 AM No comments: Links to this post

This Is Why I Never Bet On Football

The part I failed to explain was that "stone cold" meant dead wrong.
You do know what this means don't you? Cheeseheads. Thousands and thousands of Cheeseheads will be invading us for the JerryBowl.
The flip side is you will get an equal beating from Pittsburgh fans.
Posted by RPM at 3:07 AM No comments: Links to this post 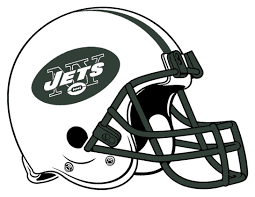 Save your $19.95 payable with Mastercard or Visa for the definitive scouting report on today's championship games.
I'm here to tell you like it is.
These two teams are on a mission from God.
{Bonus Super "Big Game" Insider Ultimate Lock: J E T S JETS, JETS, JETS!]
Posted by RPM at 2:03 AM 1 comment: Links to this post

I ran out of my usual spirit of choice, Maker's Mark. I could have made a trip to Bridgeport, but I have it on a definitely strong rumor you can buy liquor in The Limestone Capitol of Texas starting today Saturday and since I'm an official Maker's Mark Ambassador I want to be the first in history to purchase a bottle of it in Chico. They even have my name engraved on a plaque at the distillery in Loretto, Kentucky (That's how you can tell the professional alcoholics from the amateurs).

Since I decided to wait, I broke out something different last night. Genuine (well, as "genuine" as you can legally buy) Carolina moonshine from none other than southern icon Junior Johnson. The NASCAR Hall of Fame member and main character of the movie Last American Hero now teams with Piedmont Distillers and produces some mighty fine corn liquor under the banner Midnight Moon! It's flavor reminds me of Tito's Texas Vodka, which is also made from corn in small batches, but it's quite a bit smoother with less heat and a longer, sweeter aftertaste. It must be something in the mash that makes the difference in flavor since they are both essentially the same thing.

It's been a while since I've tasted moonshine. The last one Georgia Moon, was quite a disappointment. It tasted watered down even drinking it straight.

Now to be clear, or really muddy up the water, here's today's liquor lesson. Most liquor IS watered down to lower the proof (and the tax). All alcohol is taxed by the alcohol content. Most come out around 130 - 140 proof or higher and they add water at bottling to reach the desired alcohol content, usually 80 proof. The exceptions are bottles marked "barrel proof" that usually are found on small batch whiskey and specialty liquors like Bacardi 151, Everclear, ect. But you can lower the proof without completely killing the flavor, unfortunately Georgia Moon hasn't learned that artform just yet.

Now I have had some authentic moonshine in the past. It was NOT watered down and there was no mistake about it. I took a swig out of the milk jug being passed around and looked like Milburn Drysdale after a swig of Granny's Rheumatiz Medicine. When I asked what proof it was, the old boy that made it took a sip then spit it into the campfire.

The fireball looked like a nuclear test. I'm pretty sure you could see it from orbit, which is ironic since that stuff was used as rocket fuel by Homer Hickam. 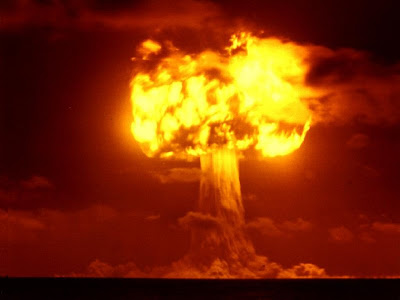 Negative Ghostrider, The Pattern Is Full

I really should have come up with something to post, but with everything that happened this week snarky comedy didn't seem appropriate and newswise nothing much to report from The Limestone Capitol.

It amazes me at the imaginary laws people think they know about alcohol sales.

No, you don't have to card every person that buys alcohol because they could get a ticket for driving with no license and you will be sued. It is illegal to sell to someone that is underage, period.

Yes, passports ARE an acceptable form of ID. (It's the only one accepted worldwide fer Christ sake!)

Thumbs. You forget just how handy they can be. Hitching rides, rating movies, texting, pronouncing life or death in the Colosseum. There's literally 1000's of uses. Tonight I tried my damnedest to cut my right one off... twice.

The meat counter decided tonight was the perfect time to freeze up. I had to fix it, no option. I couldn't just let all the meat sit there and spoil. So I take the thing apart and find a huge block of ice that could take down the Titanic. I had to disassemble the box covering the coils to get the ice out and air moving again. Problem was I tried to shortcut it (no pun intended) and only take one end of the 12ft metal box covering the coils apart and used a screwdriver to keep it pried open. That way I could get at the ice with a waterhose and still keep the other end of the case available for sales.

Things were going well and I melted most of the visable ice, but I still had to get to the stuff inside the coils where I couldn't see. I wedged my hand and the hose inside and went to work. In the process I bumped the straining sheet metal that was held by the screwdriver. It was like setting off a guillotine. The screwdriver slipped and the thing came snapping shut right on my thumb.

It cut nice gash just above my thumbnail. So what did I do after I stopped the bleeding? The same freaking thing, only this time I had the lid pried open wider so it had more power behind it. Now I have a set on gashes on my thumb.

I finally took the hint and figured out a better way to keep it open without chance of chopping my thumb off.
Posted by RPM at 12:54 AM 4 comments: Links to this post

Those Were The Days My Friend

Am interesting factoid popped up over at The Mothership. Let's step into The WABAC machine and see if you know the answer.

KWCS was the local FM station in Bridgeport that first hit the airwaves in the mid 80's. One of the original  features was a daily on-air swap meet called People to People. "Trade-io on the Radio" so to speak. You call in with your stuff for sale and leave a number.

It's pure gold for local ratings and lives on to this day in another format.

The question is WHO was the original host of People To People on 96.7FM?

Do They Yell Pull or Fore?