When I make a mistake, it's a doozy! 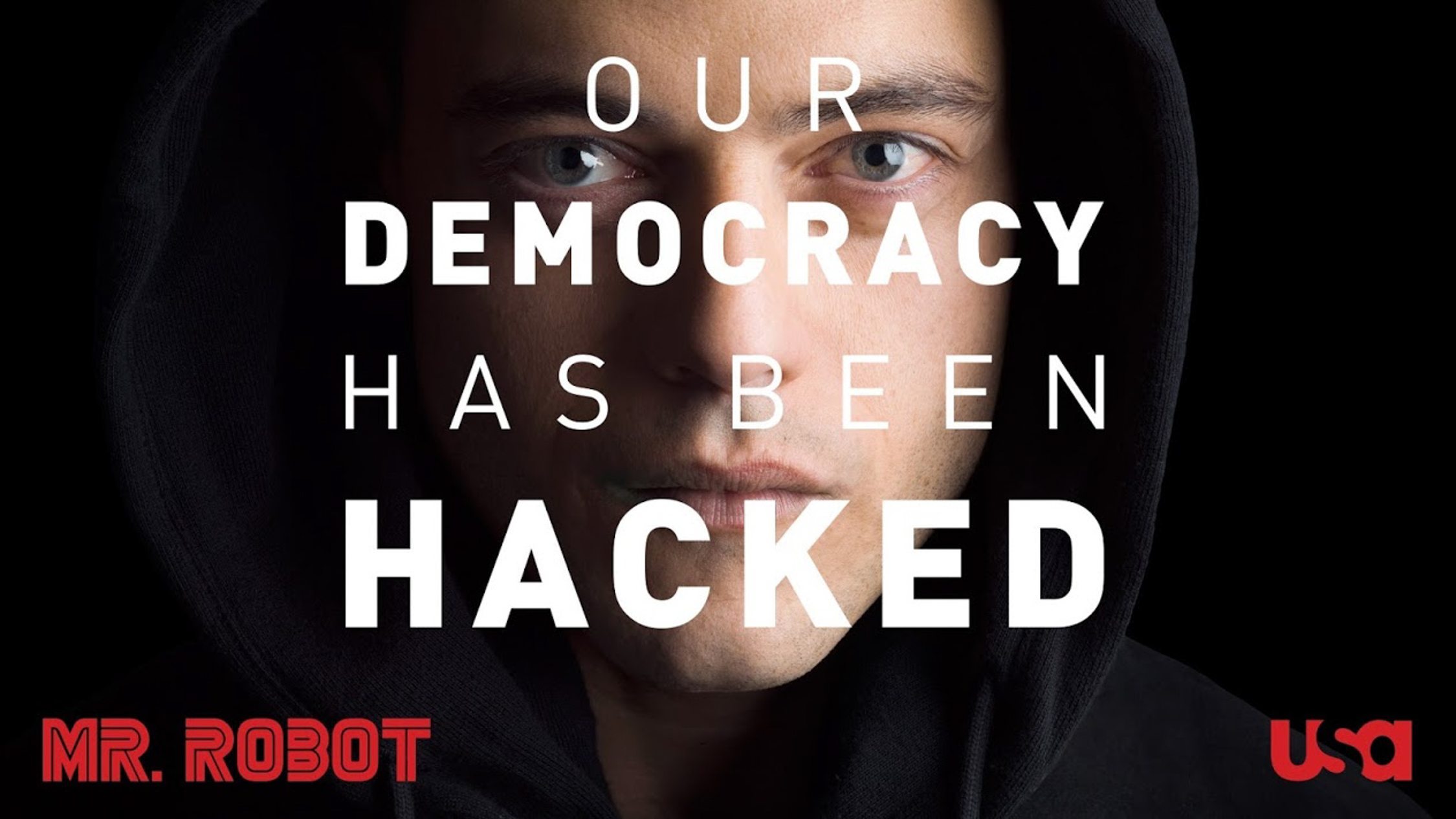 I should know better than to rank TV shows. A) I'm not a professional critic and B) I don't see everything that's out there. Such is the case with my 'Top 10 of 2015' rankings last week and a very good program I hadn't seen on USA Network, Mr. Robot.

I'd skipped it because of the title. If there was ever a case of "don't judge a book by it's cover", this is it. There are no robots, androids or cyborgs in this show. What is in this show are a riveting dark and foreboding storyline full of very intriguing characters portrayed by extremely talented actors.

The cast is led by Rami Malek. The name may be unfamiliar to you, but his face is not. Malek has been in several highly rated projects, most notably as 'SNAFU' Shelton in HBO's The Pacific and Steve Dibiasi in the Tom Hanks/Julia Roberts film, Larry Crowne. His performance as psychotic genius hacker Elliot Alderson is his best yet. It's certainly worthy of an Emmy nod in a very competitive year. His performance has been nominated for a Golden Globe, Best Actor-Drama, a Screen Actors Guild Award for Outstanding Performance by a Male Actor in a Drama Series, a Critic's Choice Award for Best Actor in a Drama Series and a Satellite Award from the for Best Actor in a Series, Drama.

The show has also received a slew of other award nominations:

Golden Globes:
Best Television Series - Drama
Best Performance by an Actor in a Supporting Role in a Series, Limited Series or Motion Picture Made for Television - Christian Slater

Without giving any spoilers, the show is very topical with the storyline circling around an movement similar to Anonymous, Occupy Wall Street, corporations that are too big to fail and the financial crisis of 2008. You definitely need to watch the series from the beginning and pay very close attention. There's lots of little things that pay off later and some very technical computer goings on. Even if you don't understand all the hacking (and it's a major plotline) you will be drawn in by the drama and intrigue as the characters develop and reveal their backstories. If you think computers and hacking are a dull plotline, you couldn't be more wrong.

Season 2 is in production and is expected to premiere in July of 2016. The story's very complex and you never know what to expect next. USA just ran a Season 1 marathon. If you missed it, do yourself a favor and watch it online at usanetwork.com/mrrobot .

Posted by RPM at 4:12 AM No comments: Links to this post Remember this post? I declared not one bite of Blue Bell until the executives responsible for the deaths caused by their tainted product were held accountable. Looks like that day may actually be coming.

Report: Feds looking into Blue Bell listeria outbreakCBS News reported Tuesday evening that the Justice Department is looking into the deadly listeria outbreak that forced Blue Bell ice cream to shut down earlier this year. CBS confirmed the investigation to College Station's KBTX.The Justice Department is trying to determine what management knew about "potentially deadly hazards" at Blue Bell plants and when they knew it, CBS News says.Products from Brenham-based Blue Bell are returning to store shelves in several states after a historic recall of the beloved ice cream in March. The U.S. Centers for Disease Control and Prevention linked listeria in Blue Bell products to 10 illnesses and three deaths in four states since 2010.In addition, Blue Bell is facing a federal lawsuit related to the outbreak. Food and Drug Administration investigators cited the company for widespread problems with cleaning and sanitation.
Posted by RPM at 6:05 AM No comments: Links to this post 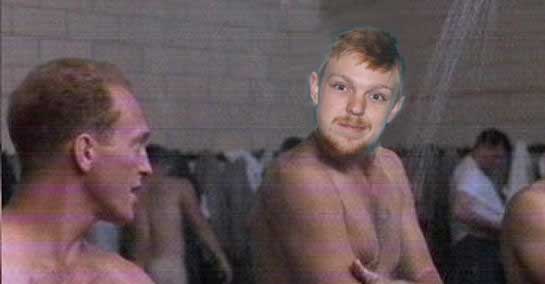 It appears Ethan Couch watched the Shawshank Redemption and ran off to Zihuatanejo to spend the rest of his sentence sunning on the beach. Hopefully he paid very close attention to the part of the movie before they tarred the roof of the license plate factory and enjoyed a few cold brews like men. Because before he ran and jumped the border he was flirting with possibly violating his juvenile probation and at the worst spending time in reform school.

Now, he's more than likely going to big boy "pound me in the ass" prison. Just hope he's never watched Oz on HBO. It's got more than a few spoilers...

It looks like poor little Ethan isn't going to big boy pound me in the ass prison. At least not for very long anyway.

• Under Texas law, Couch, now 18, would be punished for his violation in the juvenile system.

• The maximum sentence that a juvenile judge can dish out for a violation of his juvenile probation is imprisonment in a juvenile facility until Couch turns 19, which is April 11, 2016.

• The DA wants to transfer Couch's sentence to adult court. But since this violation happened in the juvenile system, Couch effectively would start with a clean slate in the adult probation system. That is, the adult court judge could not punish Couch for violations he committed as a juvenile.

• At the time a judge reassesses Couch's probation in the adult system, he has the power to put Couch in adult jail for a maximum of 120 days.

Posted by RPM at 8:41 AM No comments: Links to this post

I was told there would be no math. Posted by RPM at 1:57 PM No comments: Links to this post

Posted by RPM at 1:50 PM No comments: Links to this post

I made a big mistake and left this off my favorite Christmas movie list. But, there's a good reason. I did not care for Peter Billingsley and didn't like this film when it was released. My opinion of it didn't change until recently. I guess it was a nostalgia bug (or TBS marathon brainwashing) that bit me and turned it into a traditional "must see". But for the majority of my life I thought this movie was junk and could care less if the kid shot his eye out. It was only the last 4 or 5 years that my opinion changed. Now I watch it several times every Christmas.
Posted by RPM at 2:28 AM No comments: Links to this post

In no particular order (except #1)
1. It's a Wonderful Life
2. Die Hard
3. Scrooged
4. Christmas Vacation
5. Meet John Doe
My sentimental favorites are Meet John Doe and It's a Wonderful Life (Xuxu's petals!). But my overall favorite is Scrooged because my Dad would randomly quote a) Carol Kane as the Ghost of Christmas Present, "It's a TOASTER!" and b) Bill Murray's reaction "The bitch hit me with a toaster!"

Too late to qualify:
F is for Family (Netflix)

F is for Family

Ah, the 70's. When men were men and you measured distance by the number of beers you drank to get there. Comedian Bill Burr brings his childhood to life in this new animated series premiering today on Netflix.

It. is. greatness.
Posted by RPM at 4:05 AM No comments: Links to this post 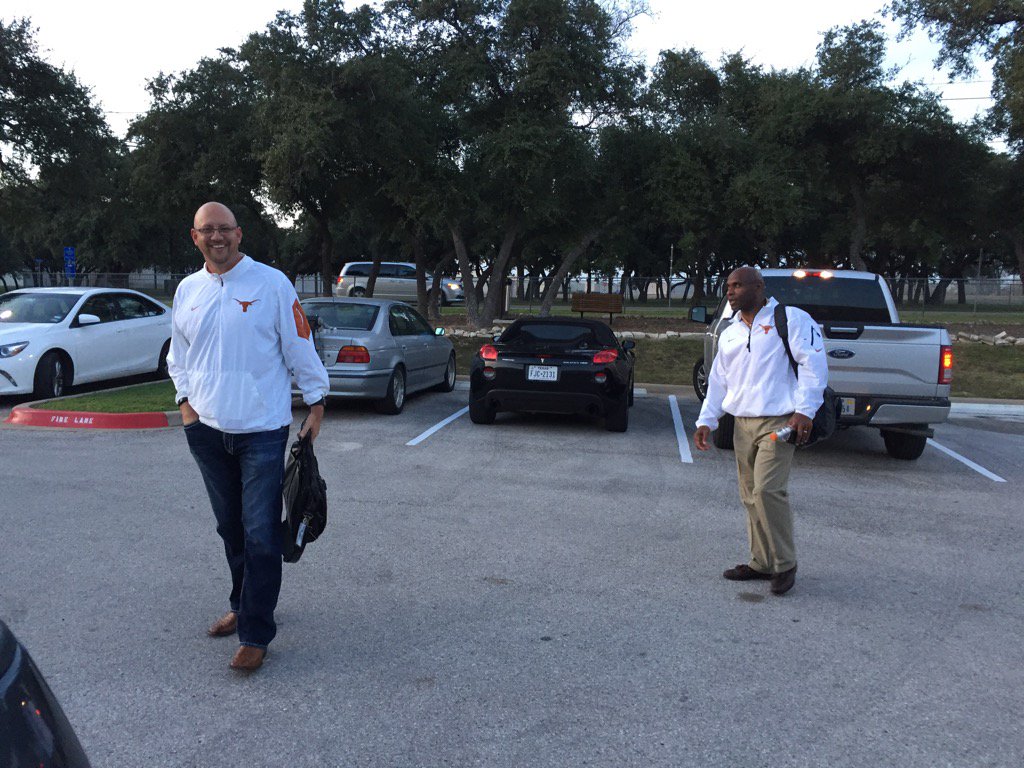 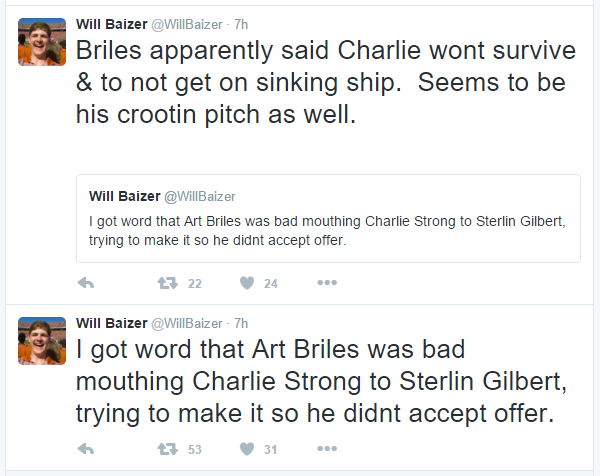 Posted by RPM at 5:33 AM No comments: Links to this post

What could possibly go wrong? On a relative scale which if these is worse?

A. He had a 2 hour 25 minute lunch
B. He had at least 8 weapons in his car including a sub-machine gun
C. Of the 8 weapons in his car 4 were personal and were redundant
D. His vehicle had no alarm
E. He apparently left weapons in plain sight
F. He ate at Saltgrass
Posted by RPM at 12:08 PM No comments: Links to this post

Why I Avoid Going To The Doctor

So I had to go see the VA for my yearly checkup and get my BP meds renewed. While I was there I got a flu shot. An ounce of prevention and all that. Well lucky me, I picked up a cold while I was there and it's a doozy.

I've been hacking and coughing for the last 3 or 4 days. My head is plugged up, my chest is on fire and my throat feels like I've been gargling Drano. Posted by RPM at 11:03 AM No comments: Links to this post

Kiss that Sugar Bowl bu-bye!
Posted by RPM at 6:46 PM No comments: Links to this post

It's The World's Gone Crazy Cotillion

After the mass shooting in San Bernadino I saw this posted on a message board as warning signs of a terror attack:


His wife was the other shooter.


They dropped off their 6 month old child at granny's house before the shooting.

Then I did a quick search of Texas Open Carry which will be law in less than 30 days. This should make everything clear as mud now: 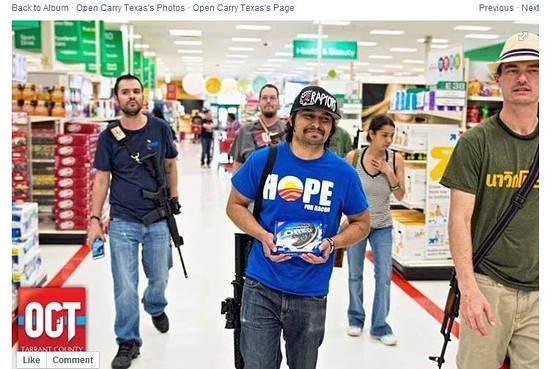 Thank goodness we thought this through before making it law of the land.

Posted by RPM at 4:33 AM No comments: Links to this post