Wind power so plentiful in Texas that producers sold it at a negative price.

Sounds crazy right? Well it happened just a few days ago. Texas set a new wind generated power record of almost 11,500 MW Sunday night a week ago, besting a previous record set in February. Because Texas has it's own power grid, and a few other factors, Texas wind energy producers couldn't sell excess production to other power grids and we suddenly had a surplus of power in Texas.

There was so much surplus wind energy the cost of electricity went from $17.49 to - $8.52 per megawatt-hour. They were paying utilities to take it off their hands! Let's hope this trend continues.

Read the whole crazy story at Slate.
Posted by RPM at 4:12 AM No comments:

Do you see who the idiots are you've put in charge?

Get off the road, Tex!

I ran across this story the other day. They are moving the Big Tex neon sign to the State Fair permanently.

I actually used to manage the Centennial at Stemmons & Walnut Hill where Big Tex was. It was the 1st liquor store entering Dallas on 35 from the North. Not the World's best location. Sure you grabbed a lot of customers from the dry areas to the North, but you also had untold numbers of homeless/bums that lived in the woods and under the bridges you had to contend with.

I came this > < close to getting sliced open by a homeless guy trying to steal a bottle of champagne one night. He took a swipe at me with his knife but dropped the bottle he was hiding under his jacket when he did. He hauled ass after it broke. I hauled ass from working there shortly afterward.

I spent 72 hours there with no electricity. A rock truck ran off the road and for whatever reason, it was 3 days before we got power back. Ever run a busy retail metro retail location on calculators, pencils and paper? Ever do it for 3 days and play (unofficially) armed guard after closing?

It was an interesting job, but I honestly loved the company and the owners. Corporate VPs were a different story. Unfortunately Centennial was sold by Vantex to an investment group in 2010 and within 2 years they filed for bankruptcy.

Read the full story at The Dallas Morning News.

What was the date SkyNet becomes self aware?

The latest film from the Cohen Brothers has flown under the radar more successfully than the B-2. But this Kevin Bacon helmed flick looks mighty tasty.

Objects may (NOT) be closer than they appear.

The beer will be called Highlander. "There can only be one." 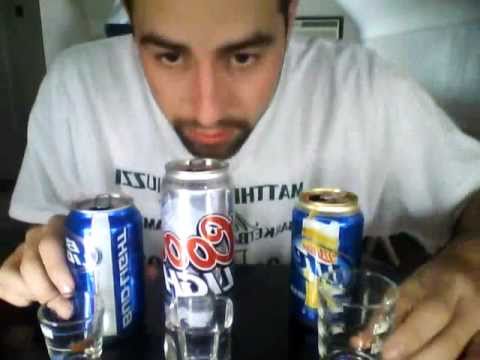 AB Inbev (Budweiser) are in merger talks with SABMiller (Miller, Coors). There's something wrong with this country when the 3 most successful competitors become the same company. Beer, cars, you name it. This can't be good.

It's Like, Tax Free Weed Day in Colorado, Man... 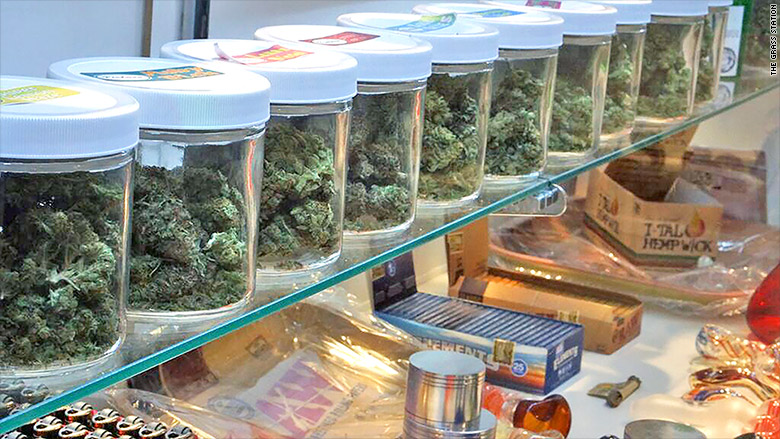 An accounting error has resulted in the very first tax free day for recreational marijuana buyers in Colorado.

The bizarre tax holiday is due to what Gov. Hickenlooper called a fiscal glitch in the state constitution. Value buyers may note that the holiday should shave about $20 off the price of a mid-grade ounce of marijuana. There could be huge crowds and hoarders.

September 16, 2015 was picked because an end-of-year fiscal report is due to be certified the previous day. According to state figures, $700 million worth of legal cannabis was sold in Colorado in 2014. The tax tally was $76 million. Pot taxes were projected to raise $70 million in 2014. They actually raised $58 million, but because overall tax collections exceeded projections, Colorado must ask voters for permission to keep the money. To comply with the requirement that the taxes revert to zero, lawmakers settled on a short one-day tax waiver.

Colorado’s Taxpayer’s Bill of Rights—also called TABOR—requires the state to issue refunds to taxpayers if the state’s spending or revenue collections exceed the previous projections. To try to avoid the refund requirement, legislators introduced HB 15-1367, creating a ballot initiative to allow Colorado voters to approve of the state keeping the $58 million in marijuana revenue.

Regardless of whether the ballot initiative passes, Colorado did lower the sales tax on marijuana from 10% to 8% beginning in July 2017. The tax holiday is expected to cost about $100,000, plus $3.6 million for a one-day elimination of the 15% excise tax.

For all the hoopla over pot taxes, Colorado still collects more tax revenue from alcohol.

Read the full story at Forbes.

Does anyone remember Silicone Alley?

I miss reading her blog. She was a hoot. I saw this posted somewhere and it reminded me of one of her old bits. Craigslist of the Week:

It's not that you come back, it's how you come back that matters. That's the tagline for Season 4 of the Netflix original series Longmire and it couldn't be more fitting. Pretty much everyone was shocked when A&E suddenly cancelled the series after being the network's most watched scripted show.

But as the old saying goes, you can't keep a good man down. Especially when Netflix is looking for good original shows. Boy, did they find it.

Robert Taylor, Katee Sackhoff and Lou Diamond Phillips return and so do the troubles for Absaroka County, Wyoming. That poor little county has to have the highest violent death rate per capita in the nation.

Beautifully shot, the rough Big Sky country is just as much a player as the actors.You may find yourself distracted from the story time to time by the beauty of the raw wilderness. At least I know I do.

There is good news/bad news to the new season. The bad news is there are only 10 episodes in Season 4. This is the 3rd time they've turned in a short season. Only 2013 had 13 episodes. The good news is they give you a full 10 episodes and then some. There are no commercials on Netflix and they knew that going into production, so the normal 48 minute episode runs closer to 58 minutes and a few are over an hour. They run more like short films than episodes of a TV show.

You definitely get your money's worth.

So if you like well written shows full of interesting characters that aren't set in a major metropolitan city, check out the Season 4 of Longmire on Netflix.
Posted by RPM at 1:34 PM No comments:

Another 1st for the USCG

U.S. Coast Guard Cutter Healy (WAGB 20), based at Pier 36 in Seattle, has arrived in the North Pole -- becoming the first U.S. surface ship to make the trip unaccompanied.

Healy's crew and science party left Dutch Harbor, Alaska on August 9th and arrived at the North Pole on Saturday.

According to a Coast Guard press release, Healy is the country's newest high-latitude vessel. It's a 420-foot, 16,000-ton, 30,000-horsepower icebreaker. It's capable of breaking more than 10 feet of ice, but Healy’s continuous icebreaking capacity as 4.5 feet at three knots, compared to the 6-foot icebreaking capacity of the Polar Star and its inactive sister ship, the Polar Sea. (What does continuously breaking 6 feet of ice sound like? Think giant fingernails on the world's largest chalkboard.)

USCGC Healy made it to the upper region on September 5th. The fact that most of the polar area is melting rapidly due to global warming means that valuable resources such as oil and minerals are there for the taking.

The Coast Guard's only active heavy polar icebreaker, Polar Star, is almost 10 years over its intended 30-year service lifespan; its sister ship, Polar Sea, went inactive in 2011 after an engine failure. Healy, began service in 2000, but it is a "medium polar icebreaker" primarily suited to supporting scientific research, the report found.

"Russia, on the other hand, has 40 icebreakers and another 11 planned or under construction," the White House said. President Vladimir Putin has also stepped up his country’s military deployments and permanent infrastructure in the region over the last few years, even going so far as to restore abandoned Soviet-era bases and claim ownership of the North Pole. Early last month, Russia submitted its latest claims over a vast swath of the Arctic Ocean to the United Nations,

"The Coast Guard has been operating here off Alaska since the 1860s," Captain Jason Hamilton said. "Healy continues that proud tradition and we clearly demonstrated the capability to provide access to the furthest regions of the planet."

Combined reports from The Navy Times, Arctic Newswire, Christian Science Monitor and I4U
Posted by RPM at 7:31 AM No comments:

A long time favorite of the South40 passed away Sunday night. Martin Milner died of natural causes surrounded by family and friends. He was 83. Martin was most well known for his roles as Officer Pete Malloy in the hit NBC series Adam-12 and as the Corvette driving all around cool guy Tod Stiles in Route 66, but he did much more than that. From Disney to a smut peddling degenerate in original episodes of Dragnet.

He was the fresh faced kid in numerous war films like Sands of Iwo Jima, Halls of Montezuma, Fighting Coast Guard (no way I was leaving that one out), Battle Zone and of course the one I'll always remember him for, the Shore Patrol Lieutenant from Alabama in Mister Roberts.


His last on air performance was a 1997 episode of Diagnosis: Murder.

So you took it in the shorts when the stock market took a correction and bottom dropped out of the gold market? Well, suck it up, cash in and take your losses, right?

Not so fast there Auric!

By the time auditors and lawyers got access to Bullion Direct’s 14th-floor offices six weeks ago, there were only a handful of gold and silver coins in an office safe. A second vault it had recently rented held only slightly more.
An estimated $30 million in cash, metal bullion and valuable coins, meanwhile, had vanished.
Bullion Direct hadn’t filed a tax return since 2010. What little has been unearthed suggests it was losing money almost from the day it opened its doors. Records also indicate McAllister paid himself hundreds of thousands of dollars in annual compensation.

From our friends at Prevail and Ride: SAN ANGELO, Texas - A group of hunters were allegedly held at gunpoint by Goodfellow Air Force Base guards on the opening day of dove season.Local authorities diffused the incident without complications.The six dove hunters were roaming private farmland near Loop 306, adjacent to GAFB, on Tuesday afternoon when base security forces swarmed, said Greg Simons, owner of Wildlife Systems.The guards had the hunters lay face down — spread-eagle — for nearly 30 minutes at gunpoint before the San Angelo Police Department arrived, said Simons, who was not on the property when the incident occurred."They kind of felt the brunt of being in a hornets nest out there," Simons said.The hunters met with GAFB security Tuesday morning and game wardens later in the day, Simons said. Everything was fine until security returned around 4 p.m., he said.

Read the full story HERE.
Posted by RPM at 2:08 PM No comments: