Posted by RPM at 1:00 PM No comments: Links to this post 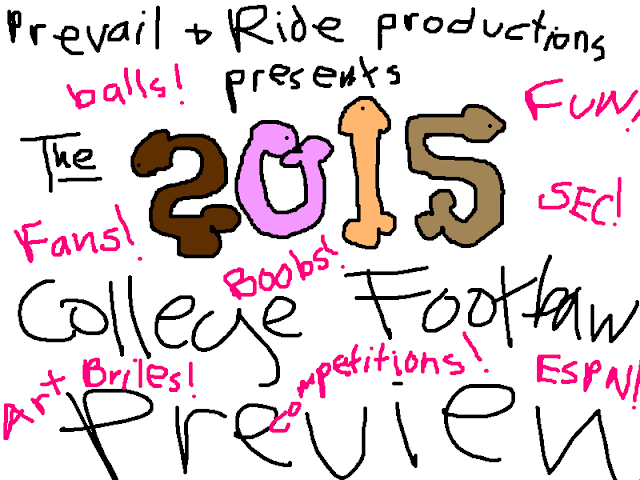 One of the sure signs of Fall besides the mercury dropping below 100 is the annual College Football Preview from the world's greatest MS Paint artist with a love for his Texas Longhorns and a serious penis fixation.

Ladies and Gents, I give you the greatness of THujone.

I'm not joking about the penis fixation.
Posted by RPM at 9:44 PM No comments: Links to this post

Speaking of things that made me laugh...

I got an email from MeTV:


Good News!!! Carol Burnett and Friends will start airing in your area on 8/31/16 at 10p central - thanks for your patience and tell your friends.

No more torture of having to watch promos for The Carol Burnett Show on 21.2 only to find The Twilight Zone in it's place. Seems there was contractual red tape with the previous rights holder in the DFW market preventing 21.2 from airing the classic variety show. That's all cleared up now and we, the viewers, are the winner. Just because it made me laugh

No more spreken ze deutsch around the South 40. My Mercedes is history.

Traded my C300 for a CTS. Pretty much a lateral move, vehicle wise. The Mercedes did have a few more bells and whistles, but from now on we're an All American outfit.
Posted by RPM at 9:09 PM 1 comment: Links to this post

Car shopping sucks. Especially when the car I drove an hour to look at isn't here. 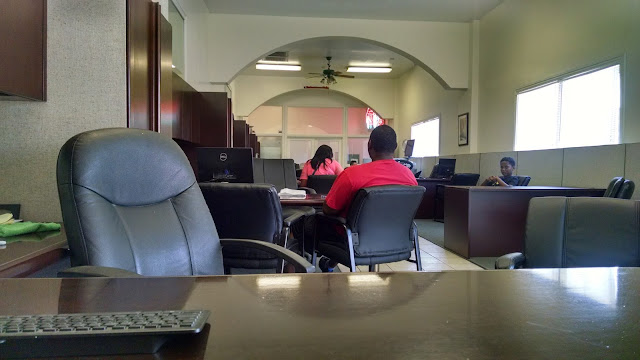 Posted by RPM at 1:17 PM No comments: Links to this post

Antenna TV has struck a multi-year deal with Carson Entertainment Group to license hundreds of hours of the NBC late-night institution. Antenna will run episodes that aired from 1972 through the end of Carson’s 30-year reign in in 1992. Because NBC owns the rights to “The Tonight Show” moniker, Antenna TV’s episodes will be billed simply as “Johnny Carson.”

“This is not a clip show. This is full episodes of Johnny Carson, the man that everyone in late-night agrees was the greatest host of all time, airing in real time as he did back in the day,” Sean Compton, Tribune’s president of strategic programming and acquisitions, told Variety.

Antenna’s showcase will mark the first time Carson-era “Tonight Show” episodes have aired on a nightly basis since the host signed off in May 1992. Carson stayed out of the spotlight after his retirement until his death at age 79 on Jan. 23, 2005.

“The Tonight Show” ran in a 90-minute format from the start of Carson’s run in 1962 until 1980, when it was trimmed to an hour. Antenna will air hourlong episodes on weeknights and 90-minute installments on Saturday and Sunday at 10 p.m. ET/7 p.m. PT.

Read the full story at Variety.com

Personally, I can't wait! I just hope the shows aren't too dated for new viewers to understand the pop culture references. Johnny was all about current events.

From the "Fair and Balanced" Dept.

I said I wasn't wanting to slant the coverage on cop shootings and this certainly could have had a completely different outcome. But the Deputy showed restraint and common sense in his response.

Personally when the guy bailed out and did the finger gun routine I would have had a hard time scoring the shoot/don't shoot. Charging the officer after that was just a big ol' green neon sign.

I say the Deputy showed an admirable amount of restraint in using deadly force.
Posted by RPM at 1:00 AM No comments: Links to this post

Hippity Huz, Hippity Huz; What in the hell is the matter with us?

Posted by RPM at 6:53 PM No comments: Links to this post

2 things real quick. First this is obviously a stolen bit from Liberally Lean that has been repurposed. All copyrights are clearly infringing.

Second, I really don't intend to turn this into a cop bashing forum or some sort of witch hunt, but this happened right after I posted yesterday and it makes me ragey.  Holy shee-it!

A Rohnert Park policeman was captured on video pulling his gun on the man who was recording him on his cellphone in a residential neighborhood court.
The officer appears in a YouTube video approaching the man, identified in the YouTube caption as Don McComas, first in his patrol vehicle and after a couple minutes on foot after stepping out of the vehicle.
The unnamed officer is heard ordering the man to take his hand out of his pocket, and when the man refuses the officer pulls his gun out of his holster.
During the confrontation, McComas tells the officer, “Put your gun away!” and “you don’t touch me,” as he backs away from the officer.
When McComas asks what he has done wrong, the officer said “you take a picture of me, I take a picture of you.”
McComas also told the officer “you guys have done enough to my family.” When asked by the officer what was wrong, he responded, “Your station is corrupt,” to which the officer replies, “Are you some kind of a constitutionalist crazy guy, or something like that?”
On his Facebook page, McComas refers to “lies and distrust I’ve encountered from the Rohnert Park & Petaluma Police over the last 15 months is something I wouldn’t ever believe if I heard it from someone else.”
On the City of Rohnert Park Police & Fire Facebook page, a statement attributed to Mayor Amy Ahanotu and City Manager Darring Jenkins said the department would conduct an internal review of the confrontation.

As crazy as that sounds, it's exactly what a Senior Austin Police Officer thinks and wants other officers to follow. This is from almost a year ago, but I just ran across it following the recent arrest of 'Peaceful Streets' founder Antonio Buehler. It seems they are going forward with that.

An activist is a terrorist, at least according to Senior Police Officer Justin Berry of the Austin Police Dept. While the terms aren't mutually exclusive, a person can be one without being the other. In Berry's mind, they're both, and he feeds off the FBI's paranoia to reach his conclusion.

It basically says that Berry has come across some information on a "national domestic extremism trend" that is echoed by local activist groups. He claims to have found "mirror warning signs" in "FBI intel." From there, his own report follows, naming such unlikely domestic extremists as CopBlock, CopWatch and Peaceful Streets. Also included are sovereign citizens groups and government accountability activists.


You can read the entire article including the ***Confidential Law Enforcement Only*** report over at TechDirt.com .