One of my all time favorite shows is HBO's Deadwood. It's writing, cast and direction was far and away the best ever assembled, IMHO. Unfortunately as it is with most ground breaking shows, it was ahead of it's time and didn't garner enough audience despite critical praise.

Fortunately, from it's ashes several careers took flight to the next level. Most notably Timothy Olyphant who continued his borderline law enforcement career as Sheriff Seth Bullock with his highly acclaimed role as Deputy US Marshal Raylan Givens in Elmore Leonard's Justified on FX. But others have seen their careers head skyward as well. 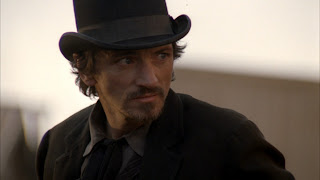 Paula Malcomson has landed roles in ER, the short lived John from Cincinnati, Sons of Anarchy and Caprica. She was Katniss' mother in The Hunger Games (and in the upcoming sequel) and has a leading role role in the new Showtime original series Ray Donovan. 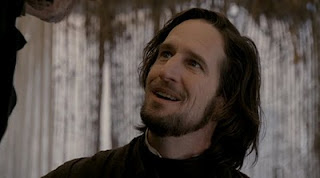 But one that really surprised me was finding out that Ray McKinnon, who turned in a fabulous performance as Reverend H.W. Smith has gone on to become the creator of the new Sundance original series Rectify.

Rectify is about a Death Row child rapist/murderer that is set free by a DNA test, but has not been exonerated of the crime. It comes from the same production company as Breaking Bad and so far is dreadfully slow paced. But they are laying a foundation episode by episode and I'm willing to give it time to spread it's wings because the storyline has so much potential.

Personally, the lead character Daniel needs to integrate into society a bit more rapidly. It's holding the show back. Use flashbacks if you need to, but move it along...

I was a fan before and I'm really a supporter of the show now that I learned it's Ray's project. Hopefully it will gain traction like Breaking Bad and be equally as entertaining and not melt into it's own subplot like John From Cincinnati.
Posted by RPM at 1:56 AM