The King is dead. Long live The King. 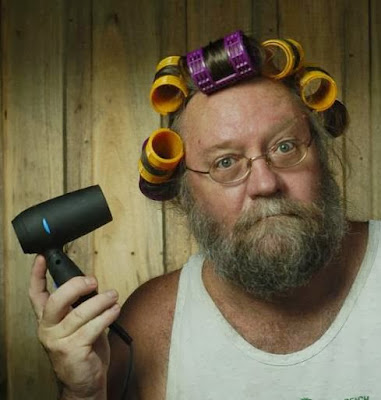 It was just a few weeks ago that I posted about one of my favorite bloggers getting back in the saddle again. Unfortunately, it was a short lived return. As the Coconuts Drop, a daily review of life and events in Maya Beach, Belize has ceased to exist on the interwebs. It's author has deleted the blog and the archives are no longer available.

This is a huge loss to the blogosphere. Barnacle Bill was an outstanding humorist and an even better photographer. After the blog disappeared I reached out to him and he told me that writing had become a chore instead of an intellectual release. I can certainly identify with that. I used to post on a daily basis and now, as you well know, it's a hit and miss proposition if I post anything at all.

Bill already had quite a bit on his plate running a 2 bungalow seaside resort in a little slice of heaven known as Maya Beach. Recently he was appointed as the Area Warden for the US Embassy in Belize. Top that off with he and Adriane building a new home and you can see why blogging went from the front burner to the back and then completely off the stove altogether.

I spent a week at Barnacle Bill's a few years ago and it was the best vacation I've ever had. BTW, their resort is still open and one of the top rated vacation spots on the Placencia peninsula. I highly recommend you booking a week at Barnacle Bill's Beach Bungalows as soon as possible. It's as close as you'll ever get to paradise with a couple world class eateries within walking distance.

Here's a video I put together chronicling my visit in 2012 and some of the Mayan ruins in Southern Belize. I had to change the audio track due to copyright issues so the music stops early into the video, but it's the pictures that really matter.