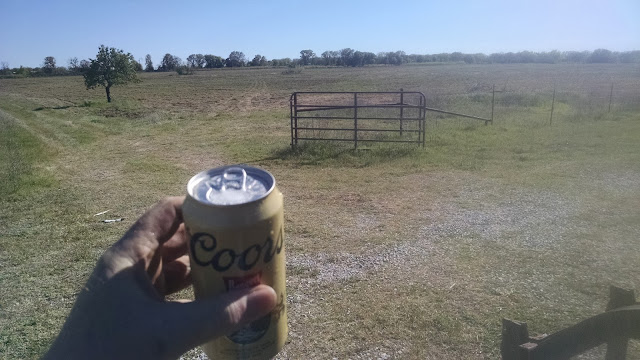 38 acres plowed, planted and packed with Giant Bermuda. I don't mind telling you this year really kicked my ass and I more than earned that cold beer.

Farming, how do I hate thee. Let me count the ways...

First, I had to hire a mechanic to work on my tractor after I broke an injector line. Luckily he's damn good and was able to braze it back together instead of me having to buy a new set.

Second, I had to call him back to help me work on the plow. Last year I replaced several discs and bearings on the plow I had borrowed. Unfortunately, I didn't replace ALL the bearings and 2 more went out just as I got started. I probably could have done the job myself, but as previously stated my mechanic is damn good. He did in a couple of hours what would have taken me a couple of days and did a better job than I ever could.

Third, it took me 3 times to get the seed and fertilizer covered. The first time should have been enough, but I came up about 8 acres short. The math was off somewhere in figuring the coverage overlap to get the pounds per acre right. Coach Turner would not be proud of my algebra. I went back and bought more and came up short again. This time I underestimated the area.

So as the saying goes, third time's the charm. I actually had a little left over this time (I wasn't about to come up short again) and used the extra to make sure all my corners were well covered. 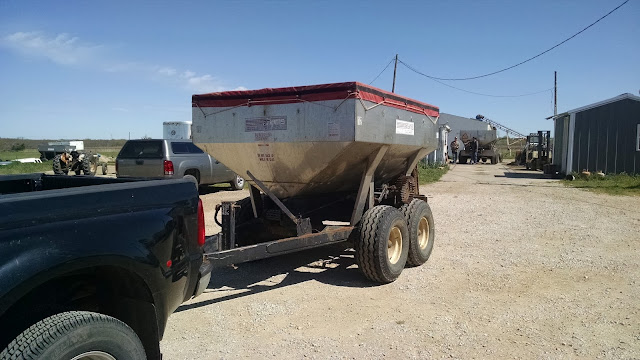 Fourth, as I was packing the seed in with a roller I made the discovery that the seat on my tractor was locked in the full up position instead of floating. It was only moving a few inches compared to the foot or more of shock absorption it was capable. I had been beating my back to a pulp for no good reason other than I was a moron. That last hour was like riding in a Cadillac compared to the previous days spent bouncing like a bean in a rattle. I think I might be an inch or two shorter than I was before I started.

The good news is all the hard work is done. Now all I have to do is pray for a little rain and that I get a good stand. I will have to mow for weeds in a couple months, but other than that I'm done and have satisfied my obligation to the contract I signed with the USDA. They should be reimbursing me for a good chunk of the cash I spent putting the grass in. (Would have been a bigger chunk if I didn't have to go back twice for more fertilizer and seed.) But now I'll have twice the hay I previously did (if it grows).

Reminds me of something I heard recently:

...Gonna leave sodbustin' behind
Get these hard times right on out of our minds
Riding Wildfire...

I knew I liked you for some reason. Coors has been my choice for adult beverage ever since my dad gave me my first one at about 8 yrs old on a Sunday afternoon drive. Been enjoying that tasty beverage for over 50 years now.

I just switched back to Coors original a few years ago after my trip to Breckenridge. I'd forgotten how good it was. Coors Light, however, isn't fit to put out a grassfire. I'd been drinking Bud Light for many years simply because that's what most of the people I know drink so that's what I would keep on hand. Ya know what? They have to drink Coors when they come over now.

Coors Original is all I keep ion my fridge. If you want one, drink it or bring your own.