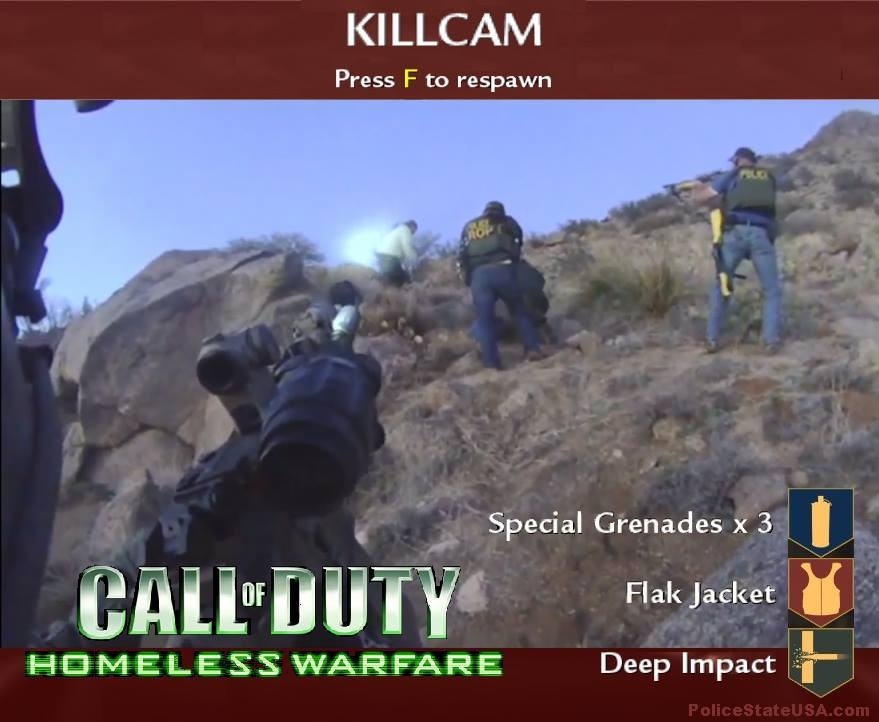 On a side note, the officer (thru who's helmet cam we watch him kill the man) was hired less than a year ago on the promise he would not carry a gun due to his questionable background.

Folks, we have entered a whole new era in these United States. The terrorists have won. Now every citizen is a suspect. Immediate non-compliance is a justified death sentence.

The train is seriously off the track folks. The militarization of the police has fallen down the slippery slope. They have managed to outflank the Posse Comitatus Act with the Patriot Act.  The question is, can we ever pull them back?

Here's a link to the full shooting video: STRONG GRAPHIC VIOLENCE WARNING .
Posted by RPM at 1:30 AM

Who, thanks for the heads up. I haven't watched the video yet but here is the first place I heard about that gooberheads firearm restriction.