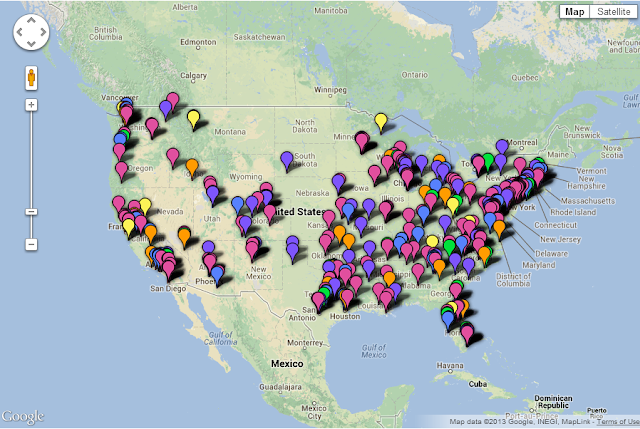 I stumbled across this the other day and it really shocked me. This is a map of paramilitary (SWAT) police raids gone bad. It was released by the CATO Institute in conjunction with their policy paper "Overkill: The Rise of Paramilitary Police Raids," by Radley Balko.

"If a widespread pattern of [knock-and-announce] violations were shown . . . there would be reason for grave concern."
—Supreme Court Justice Anthony Kennedy, in Hudson v. Michigan, June 15, 2006.

The interactive map can be found HERE
Posted by RPM at 7:02 AM