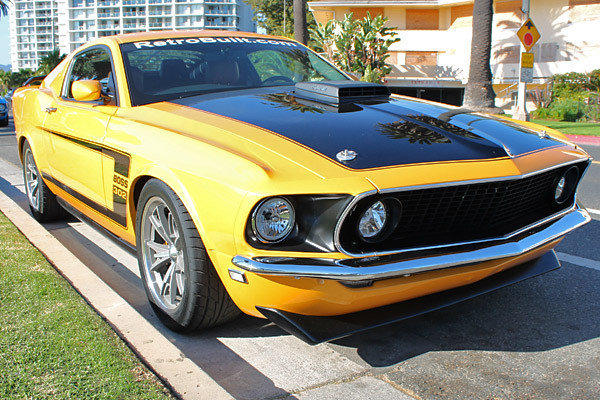 There's a cool trend in cars lately with retrostyling muscle cars. Some are taking it a bit further than others. More specifically, Mustangs. That is a very cool '69 Boss 302. But it isn't a '69 Boss 302. It's a 2012 Mustang GT with the ultimate facelift compliments of Retrobuilt of Lamar, Missouri.

The Mach 40 won the award for Best Hot Rod & overall Best in Show. But, it will set you back quite a bit more than $30K.