Mystery of the ISIS Toyotas solved 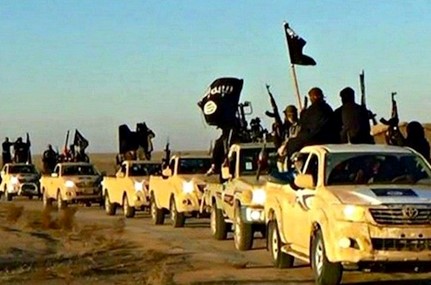 US foundation-funded Public Radio International (PRI) reported in a 2014 article titled, “This one Toyota pickup truck is at the top of the shopping list for the Free Syrian Army — and the Taliban,” that:

Recently, when the US State Department resumed sending non-lethal aid to Syrian rebels, the delivery list included 43 Toyota trucks.
Hiluxes were on the Free Syrian Army’s wish list. Oubai Shahbander, a Washington-based advisor to the Syrian National Coalition, is a fan of the truck.
“Specific equipment like the Toyota Hiluxes are what we refer to as force enablers for the moderate opposition forces on the ground,” he adds. Shahbander says the US-supplied pickups will be delivering troops and supplies into battle. Some of the fleet will even become battlefield weapons.


Of course the Toyotas are just a drop in the bucket compared to the M1 Abrams main battle tanks and support equipment that we gave them.

Military Industrial Complex? Who could have imagined such a thing?

Lessons on how to arm the enemy without another American revolution.