On The Radar: Alpha House 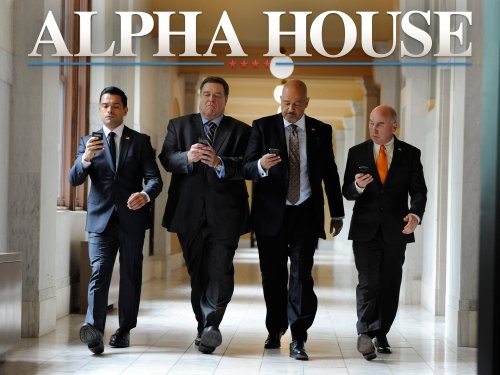 With the success of Netflix's House of Cards, Amazon has decided to enter the direct to consumer original series playing field. They are also giving you a say in which shows make it and which shows don't, which is pretty cool in my book. You are in control of Pilot Season. There are 8 comedies and 6 kid's shows up for your votes.

There are some hits and there are some misses. Far and away the cream of the crop is Garry Trudeau's Alpha House about a group of Republican Senators sharing a house in DC. The story may seem implausible, but it's (very) loosely based on a real group of roommates in DC that Trudeau lampooned in Doonesbury.

The writing is brilliant. The ensemble cast anchored by John Goodman, is excellent. These guys have chemistry and with names like Goodman and Trudeau they can pull in some quality guest stars  The first 3 minutes had me literally laughing out loud. If this is what we can expect in future episodes it could become an instant classic.

I expect to see a program of this quality on HBO or Showtime, not direct to consumer. This is the definitely a shift in how shows get to viewers. House of Cards broke the invisible wall. Alpha House may be the permanent bridge to online broadcasting of quality programming.

I'm sure Alpha House will catch plenty of flack from conservatives since the characters are Republican and will be another example of some "war on" something to them. Take a deep breath, let it out slowly and remember it's not real. All I saw was a very funny show about politicians being politicians.

Check out Alpha House and the rest of the Amazon Originals for free online during Pilot Season on Amazon Instant Video.
Posted by RPM at 5:49 PM